As far as vegan Christmas recipes go, this one is one of my staples. I have to give a shoutout to my beautiful step Mum for this delicious cashew nutloaf recipe. She made it for Christmas one year, back when I was vegetarian, so the original recipe contains dairy cheese and eggs.

It’s become something that I craaaave every Christmas so I had to find a way to veganise it… so here it is!

The awesome thing about this vegan nutloaf is that it can be served warm OR cold, however it definitely holds together better when served cold. Which makes it a perfect Australian Christmas recipe!

Down here in my part of the world, the only white we see at Christmas time is the sand on the beach. So naturally, on a 30 degree Celcius (that’s POSITIVE!) day, our Christmas spreads look vastly different to our Northern friends!

At least in my family, our Christmas food involves lots of fruit platters, salads and cold (sometimes warm) finger foods.

This is an awesome dish for either scenario as it can be served warm or cold. It’s great for sharing and makes a tasty addition to whatever else you have on offer on the big day!

You will need a food processor for this one. If you’re new to vegan cooking, a decent food processor would probably be my Number 1 recommendation to add to your kitchen appliances, if you don’t already have one. It really does come in handy for soooo many good vegan recipes.

Basically, this recipe involves two separate mixtures: A cashew nutmeat mix and then a ‘cheesy’ capsicum & leek mixture, which is sandwiched between two layers of the nutmeat to make the loaf. 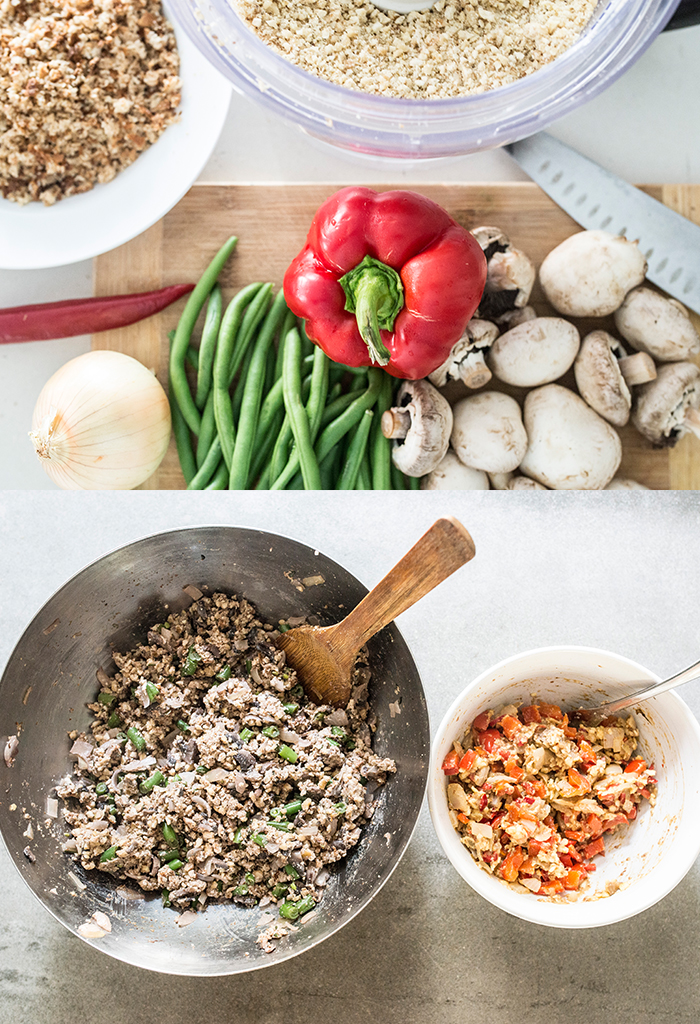 A good meltable vegan cheese is a key ingredient for the middle layer. There’s a good chance you’ve noticed by now that these have become very easy to find, even in major supermarkets.

My personal favourite vegan cheese brand is Sheese, which is a Scottish brand that is available in most major supermarkets in Australia and the UK. And if you live in North America you’re lucky – you guys have a huge choice of plant based cheeses.

However, vegan cheese is still a bit more expensive than its dairy-based counterpart, so if you’re on a budget I suggest you start making your own cheese! There are a number of ways to make meltable vegan cheese at home. Check this link for my vegan cheese recipes so far (more to come!). You can use my meltable vegan mozzarella recipe for this nutloaf, just follow the suggestions for adding a little more flavour to make it more like a tasty cheese 🙂

A plant based Christmas is the best kind of Christmas. Wishing you and your loves the Merriest one of all 😉 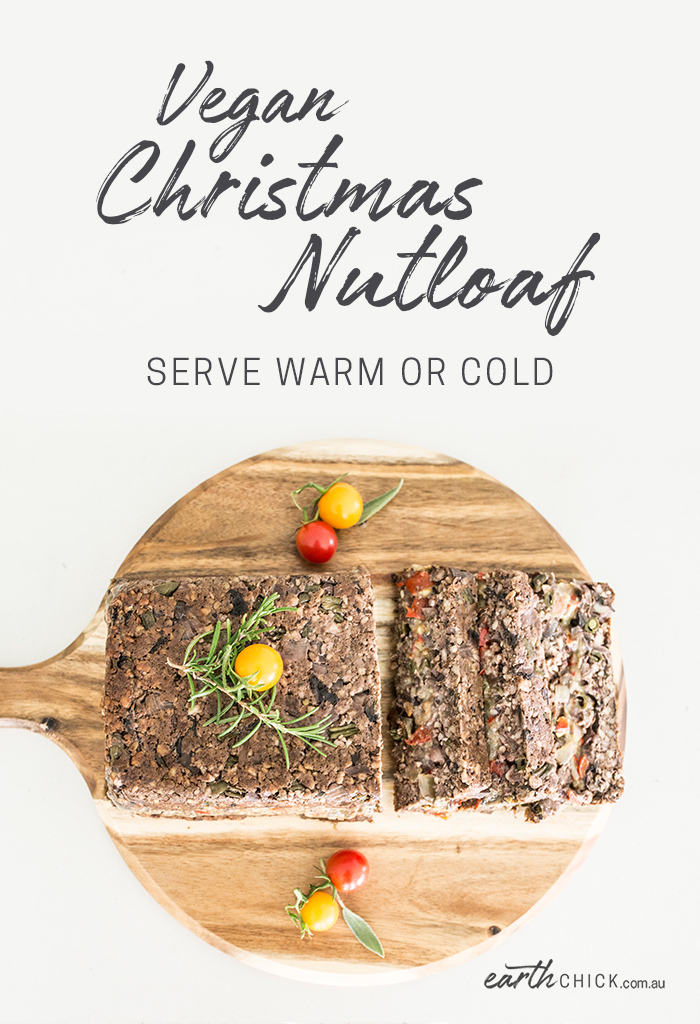 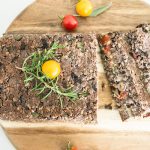