Who loves OKRA?! Okra is one of those vegetables – kind of like eggplant – that people either love or hate with a dirty passion. It’s a textural thing. Some might describe it as slimy. I prefer to describe it as lush and creamy. And when you know what you’re doing with it, you can minimise the ‘slime-factor’.

AND it’s packed with all the incredible benefits offered by this Ethiopian native vegetable. Okra has a killer nutritional profile (or maybe I should say the opposite – lifesaving?!), with notable amounts of essential minerals such as zinc, magnesium and iron, plus a rich array of vitamins. It’s especially high in vitamins C and K.

There are loads of studies out there to support okra as a food that helps to lower cholesterol and blood sugar levels, improve eyesight and fight against numerous nasty diseases. It’s also known for suppressing hunger because it’s packed with soluble fibre, which keeps you fuller for longer. 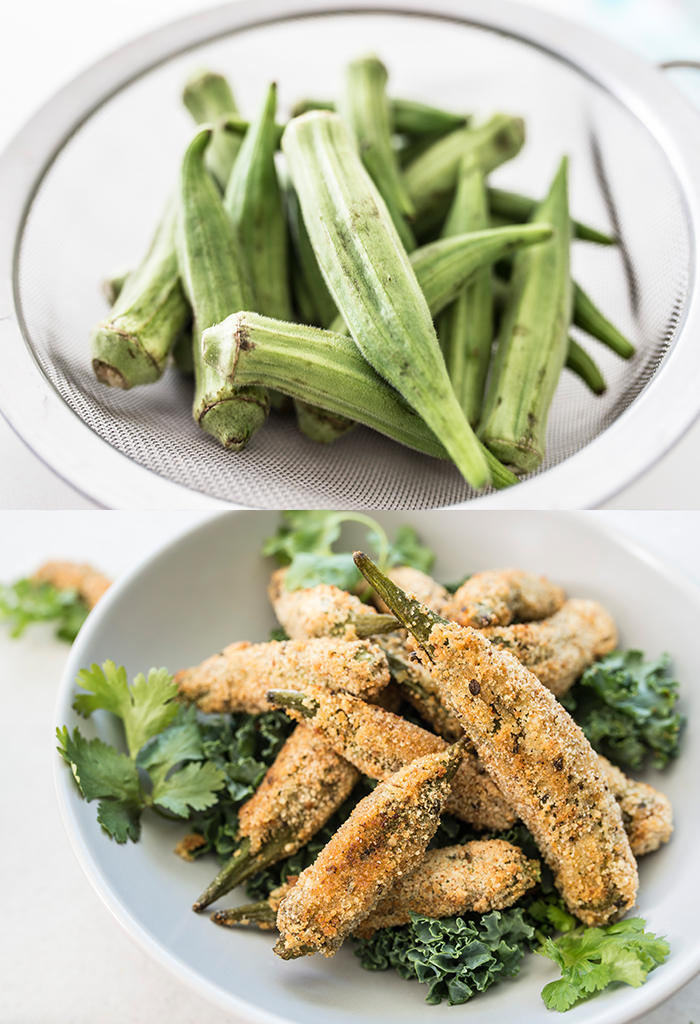 How to prepare okra – sans slime

OK, so I mentioned earlier that I prefer to call okra lush and creamy rather than slimy. But if you’ve ever had poorly prepared okra you will know that is absolutely can be too slimy. Ugh. Not nice.

There’s actually a word for it, which kinda sounds worse than the word ‘slime’ itself: Mucilage. Mmm. It’s a gelatinous substance found in okra – as well as some other plants – that can be used as a thickening agent.

Here’s the thing about mucilage when it comes to okra: it gets thicker when you slice the okra. If you’re using it in curries and stews, this isn’t so bad because it can act as a thickener for the sauce, but for recipes such as this we want to stick to a few tricks to keep the mucilage in check and avoid slime. These are my top tricks:

This is a seriously easy okra recipe. The key ingredient for the crumb is the egg replacer powder. When it comes to replacing eggs in vegan cooking, there is no “one size fits all” solution. Different recipes call for different ingredients to be used to replace the egg.

However, vegan egg replacer is a combination of ingredients such as baking powder, arrowroot flour and tapioca starch to mimic the binding and raising properties of egg in cooking and baking.

Mixed with a bit of water to form a paste, it makes a super handy base for the crumb to stick to in this crispy baked okra. Toss the spices together with the breadcrumbs in another bowl and you’re ready to start dipping and rolling the okra: 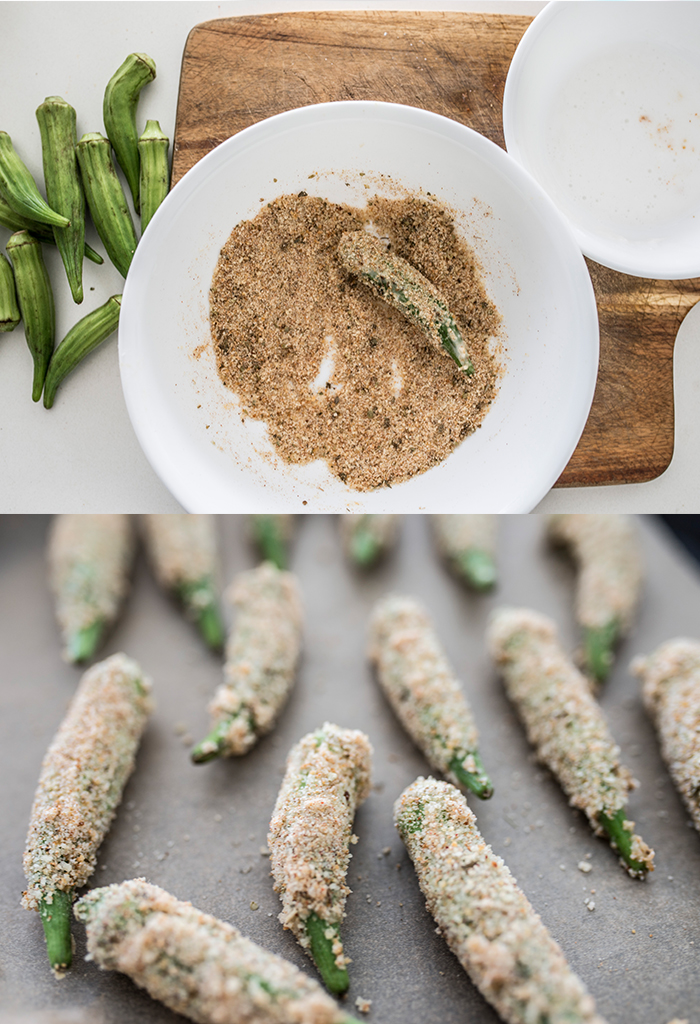 Bake it in a hot oven for 15 minutes and voila! Who ever said you need egg to crumb things?!

What to serve it with?

The Mexican spice mix used in this crispy baked okra is really tasty enough that you don’t need to serve it with anything at all. But I happened to have a jar of my delish-bomb Roasted Garlic Avocado Aioli sitting in the fridge, so I served it with that. Oh my goodness gracious, talk about perfection.

Any vegan aioli would make a great dipping sauce, or even some guacamole or Mexican salsa dip.

I spent many years being terrified of this unusual (and sometimes hard to find!) vegetable, so hopefully this recipe will make you realise okra is not so scary after all.

This really is a quick and easy way to cook okra. The best, IMHO 😉 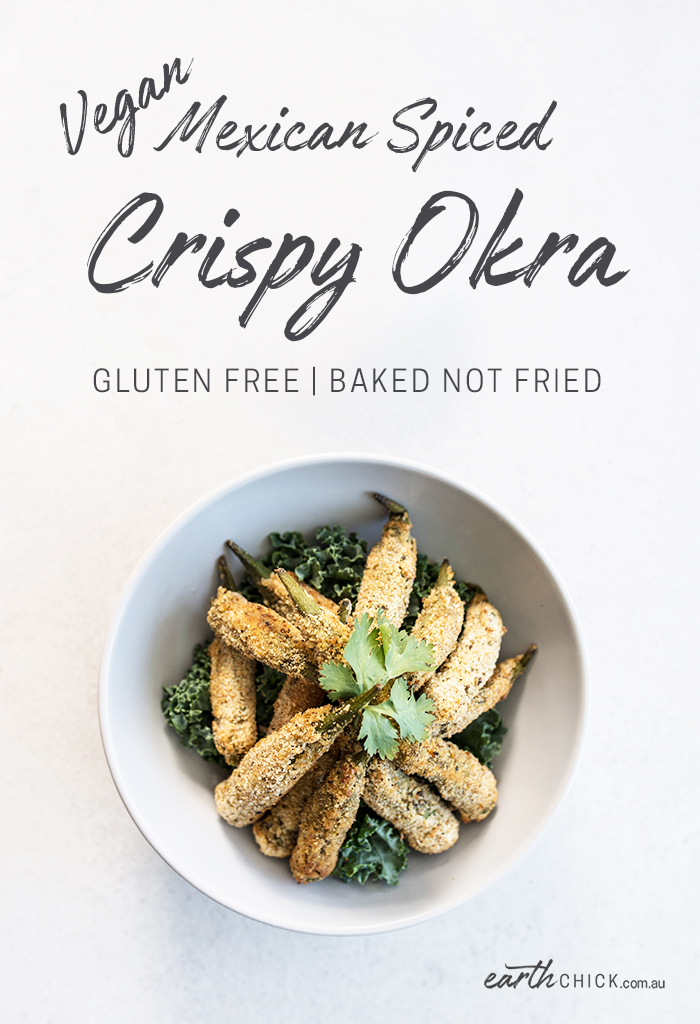 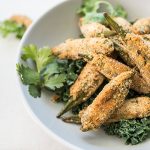