And it’s just as satisfying as the original!

It also uses tapioca flour (or starch) as a binding agent and baking powder as a raising agent. Tapioca starch or flour (depending which country you’re from, but it’s the same thing) is definitely a staple ingredient for a plant-based kitchen. It has amazing binding properties that can make for a great egg replacement when combined with raising agents.

A little turmeric gives it a nice yellow colour + nutritional boost (add some black pepper to increase your ability to absorb the curcumin in the turmeric!).

Kala Namak is an ingredient you may not have heard of – also known as Black Himalayan Salt. It’s totally optional, but the strong sulphurous flavour will give it more of an “egg-like” taste and just add more of a depth of flavour in general.

This dense and savoury slice is served chilled, making it an awesome summer snack for entertaining. You can cut it up into smaller cubes for a cute finger food dish for a party.

You can certainly eat it fresh out of the oven when it’s warm, but it tends to set nicer when it’s cooled. You can also reheat it if you prefer to eat it warm. It actually pan fries really well and turns a nice golden colour – this works if you want to serve it in bite-sized cubes.

It’s also a super easy recipe to whip up and have on hand as a kid-friendly, protein-rich snack that’s perfect for school (or work!) lunchboxes. Nothing like a healthy snack with some hidden veggies for the kiddos!

Another thing I recently discovered is that it goes well cut into smaller pieces and air fried! It only needs 5 minutes or so to get a little brown and warm on the inside. This is a great way to reheat it for the kiddies too. 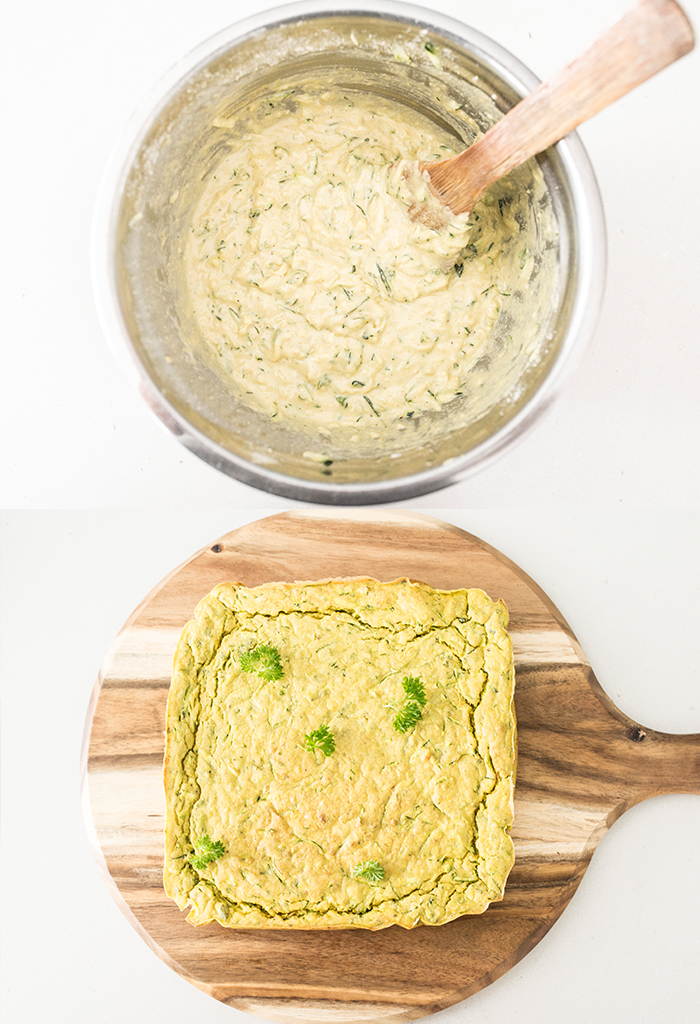 It’s really dense and protein-rich so don’t be surprised if it’s way more filling than it looks. I also love a slice or two with some salad for an easy lunch or even a light dinner.

Don’t be afraid to double the recipe – just use a larger baking pan so it’s not too thick. It will keep in an airtight container in the fridge for up to 5 days, but I seriously doubt it will last that long!

I reckon this vegan zucchini slice might just become one of your faves. It’s one of those recipes you can easily memorise and whip up weekly to have a healthy grab-and-go savoury snack. 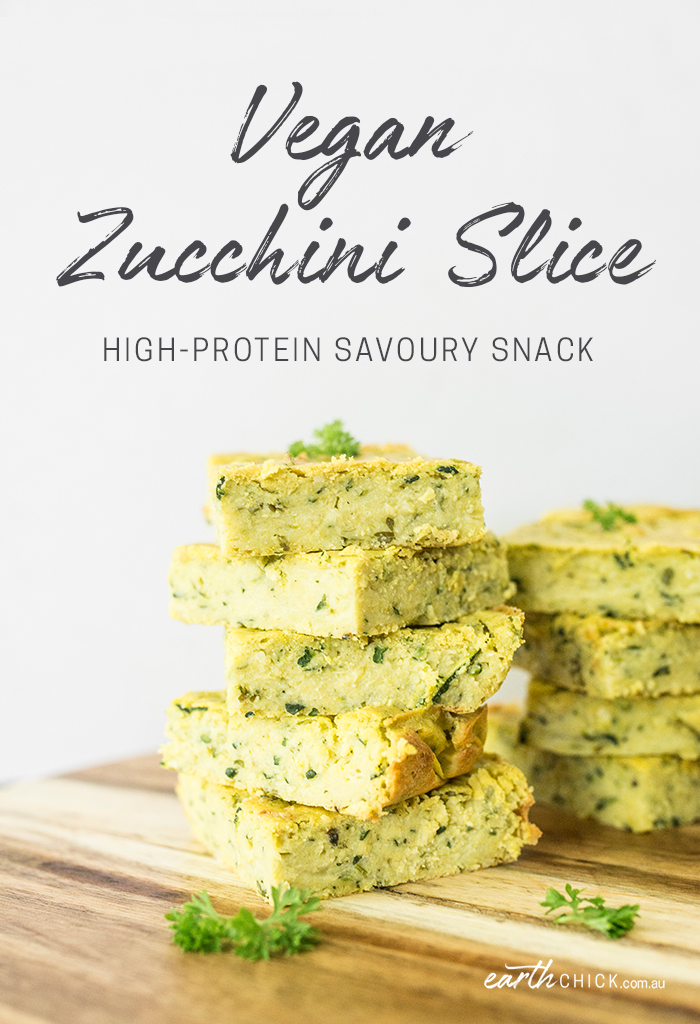 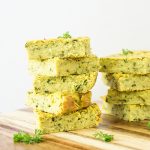 *Available from Asian grocers or online, Kala Namak (a.k.a Black Himalayan Salt) has a distinct dark reddish/brown colour and a strong sulphurous flavour. A small pinch can give dishes more of an "eggy" taste.