Ohhh panna cotta. Back when I was vegetarian, it was my absolute favourite dessert.

Yeah ok, so I know it was never even really vegetarian because it’s typically made with gelatin, but I loved it so much I tried not to think about that. That was back in the “ignorance is bliss” days! (I’m more of a “knowledge is power” kinda girl these days 😉

I don’t really know why I avoided attempting a vegan panna cotta recipe for so long, because it turned out to be so so easy and so darn delicious.

This is definitely one to bookmark for entertaining, or just a healthier weeknight dessert that’s just as decadent as the original version. Yum scrum.

Agar agar is the gelatin substitute in this recipe. It’s a derivative of red algae – which (if you’re like me) is a lot less freaky than where gelatin is derived from.

There’s a few key differences that you should be aware of before you start experimenting with it.

The first, is that it sets quite a lot firmer than gelatin. The first time I used it while making a no-bake vegan cheesecake, I overdid it bigtime and the result was inedible. It was like rubber – yuck.

The second, is that it’s available in both powdered and flaked forms, and each have a different amount needed to set a cup of fluid. For every teaspoon of powdered agar, you need 1 tablespoon of the flaked stuff.

I’ve included both options in this recipe, but the amount used produces a consistency that’s just right for this vegan pannacotta… it’s super silky yet just firm enough to not fall apart into a gloopy mess.

The third key to working with agar agar successfully is to boil it with the liquid for a minimum of 5 minutes while stirring. It’s the heat that activates the gelatinous properties of the agar, so there’s no skipping this step! 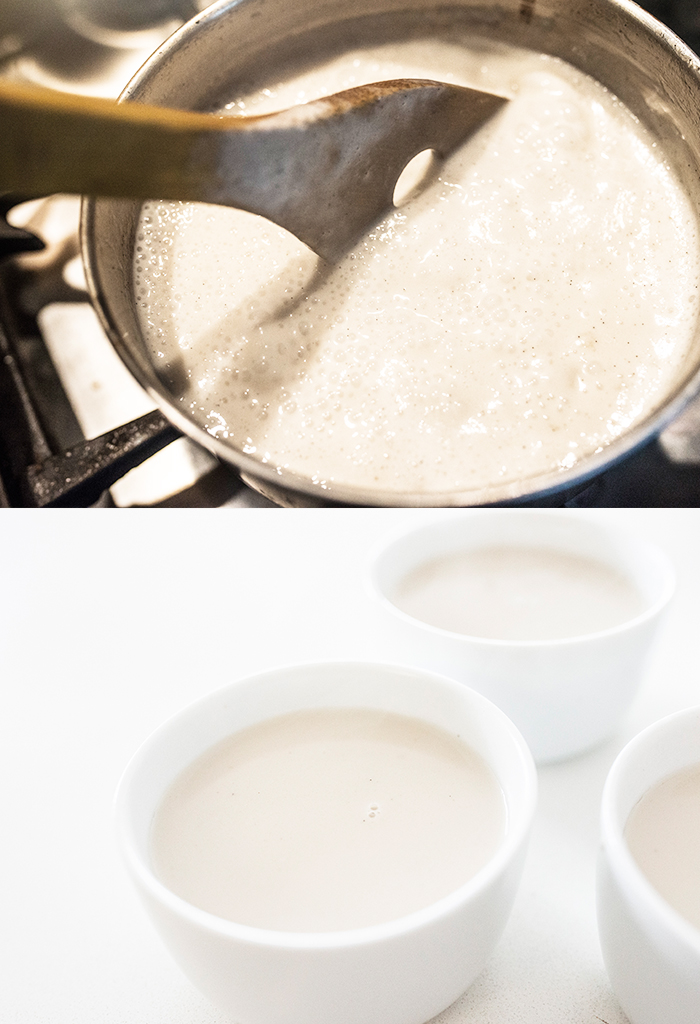 These panna cottas can be served with just about any flavour you can think of, but this blueberry syrup is just simple and delicious.

It’s thickened with just a touch of tapioca flour, as this gives it a nicer consistency – but you can always drop the tapioca altogether for a thinner syrup as it doesn’t affect the flavour.

Top them off with with a few fresh or frozen blueberries and you have yourself a gorgeous little plant-based treat (or 4)! 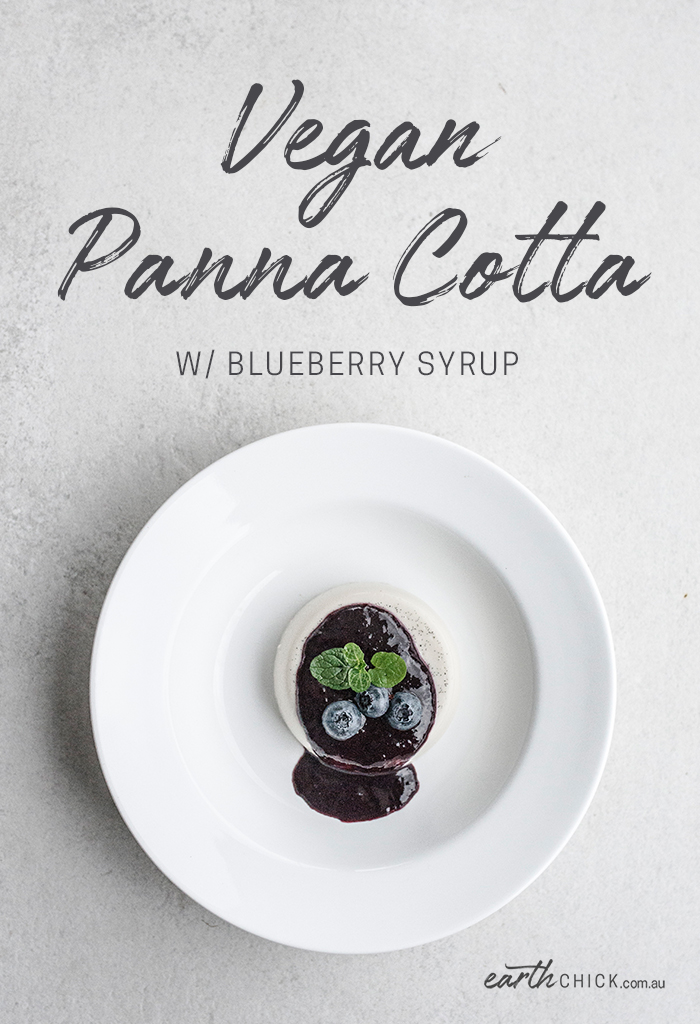 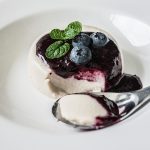 A simple and decadent plant-based dessert