I just found out that the Red Hot Chili Peppers are touring again. Yeah baby! I’m a little bit excited. To celebrate, I’m sharing my most favourite and easiest ever vegan Chili recipe! Here in Australia it’s usually known as Chili Con Carne (i.e. ‘with meat’). This one is Vegan Chili Con Carne, which makes absolutely no sense. So it’s actually Chili ‘Sin Carne’ (without meat).

If you like it Tex-Mex style, feel free to add a dallop of vegan sour cream and/or some grated plant based cheese. It’s also great with a big old spoonful of my best ever cashew cheese (which is super quick and easy).

This recipe is so good you might just find that you Can’t Stop. And fair warning, it may even cause you to Get Up and Jump. It’s that packed with goodness that you definitely won’t want to Give It Away (give it away give it away now).

By The Way, if you want them to Taste The Pain you can increase the amount of chili you add to this recipe so that your partner is like, “Tell Me Baby, why’d you make this thing so damn hot?!” To which you can respond “Suck My Kiss“. You can even make it so hot that they develop Scar Tissue on their lips. If you’re going to make it hot though, I wouldn’t recommend consumption prior to flying on an Aeroplane.

It can also be made the day before so that it’s Readymade for some Road Trippin’ around the country, or Around The World – whatever!

Oh and also, Did I Let You Know it took me a lot of practise to get this recipe right? But that’s water Under The Bridge now. I’ve come out the Otherside with a vegan chili recipe that tastes like it’s from a Parallel Universe, is packed with nutrition and will warm your soul even if there is Snow (Hey Oh) outside.

(You Peppers fans better have enjoyed that!)

Now, on to the recipe… 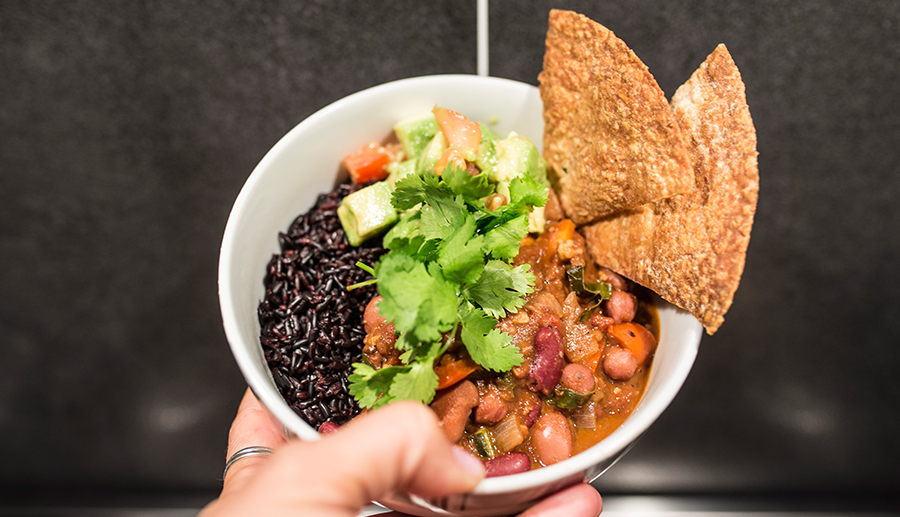 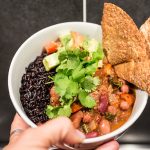