How to Make Coconut Butter

If you’re a fan of coconut butter, you’re gonna love this recipe. That’s if you can even call it a recipe, with only ONE ingredient!

I only discovered coconut butter fairly recently – I used to think it was pretty much the same as coconut oil but I was very wrong. It’s like comparing peanut oil to peanut butter.

The thing about it is, it can be tricky to find outside of a health food store and it can be pretty expensive.

Soooo… just like you will be, I was happy to discover that with nothing more than a good food processor (or Vitamix) and some organic desiccated coconut, you can whip yourself up a big batch of your own coconut butter in around 15 minutes (more or less depending on the quality of your processor or blender). Yeeha.

There’s the option to add a few things to give it a bit of extra flavour like salt, vanilla essence, even a bit of maple syrup or stevia if you want to give it a slight sweetness.

What does one do with coconut butter?

Spread it on toast all by itself (or a light layer on top of some peanut butter – yum), dollop it on warm roasted or steamed veggies and use it in all sorts of raw and baked recipes. Eat it straight out of the damn jar even, I don’t judge.

As for the recipes, now that I’ve discovered I can have this stuff on tap, the coconut butter recipe experimentation has begun, so stay tuned kids. I’m thinking vegan bounty bars… mmmm 😉

Will it work with coconut flakes or shredded coconut instead of fine desiccated coconut?

Here’s the thing, if you’re lucky enough to have a Vitamix or other high-powered blender, then YES. Coconut flakes will work. I couldn’t find anything online to suggest that they wouldn’t work in a food processor, so before I first tried this recipe I gave it a go in my KitchenAid processor.

I had a massive bag of coconut flakes in my pantry so I figured, why not. After almost 20 minutes of processing, it was just a big pile of gritty mess. The butter just was not happening! In case you were wondering – it didn’t go to waste. I just added some dried apricots, hemp seeds and a little bit of maple syrup and turned them into apricot-hemp-coconut bliss balls. *Yum*

High powered blenders are a lot better equipped for making butters and spreads. With the help of a tamper, this coconut butter can be whipped up in around 1 minute (!!) with either flakes, shredded or desiccated coconut in a Vitamix or similar.

With a food processor stick to the desiccated variety, and you’re in for around 15 minutes of processing on the highest speed. Just remember to give her a little rest every 4 or 5 minutes to let her cool down, or the poor darling might overheat. During these breaks, you can scrape down the sides of the bowl too.

How to tell if it’s working or not

If it starts to stick to the sides of your processor, you’ll know it’s working so keep going. It should look a bit like this from the outside… 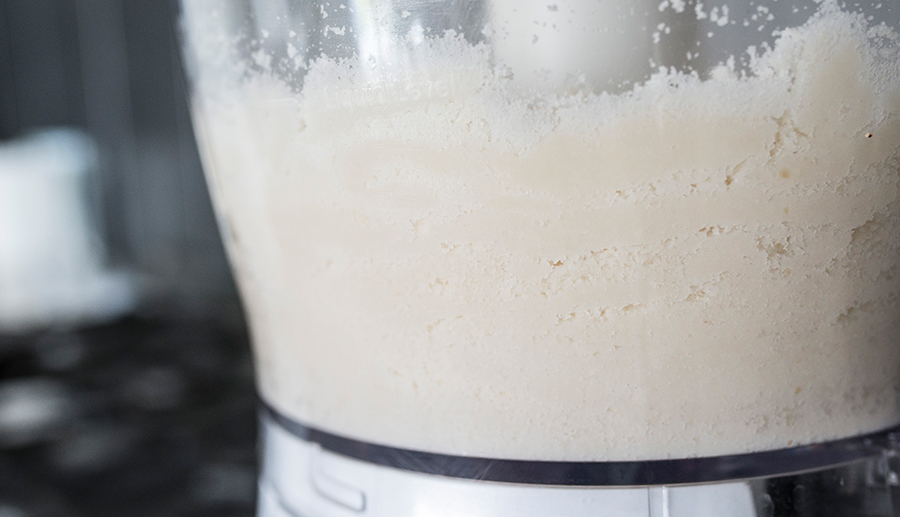 Don’t forget to scrape the sides down every 4 or 5 minutes (maximum). You’ll notice it coming together when you do this too… 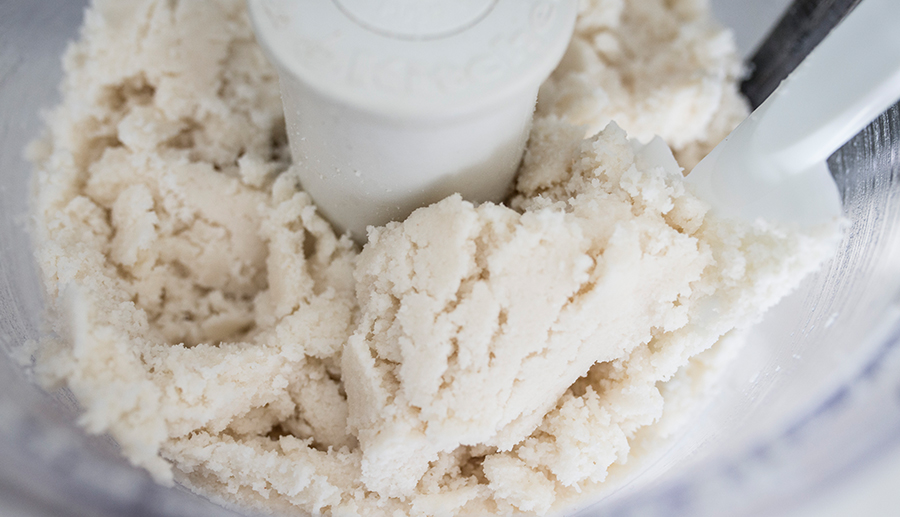 After 12-20 minutes (depending on the power of your food processor) you will have delicious homemade coconut butter! It will look like this… 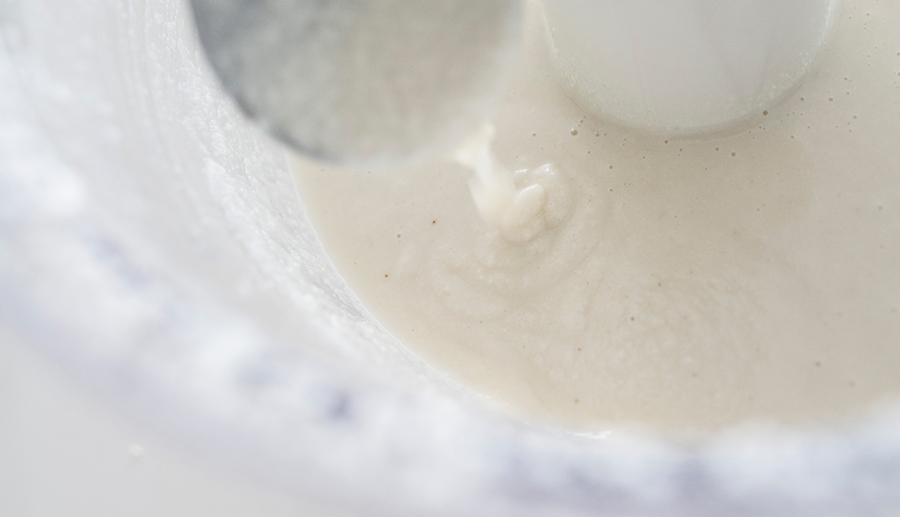 If you’re a coconut lover, this might just become your new obsession! 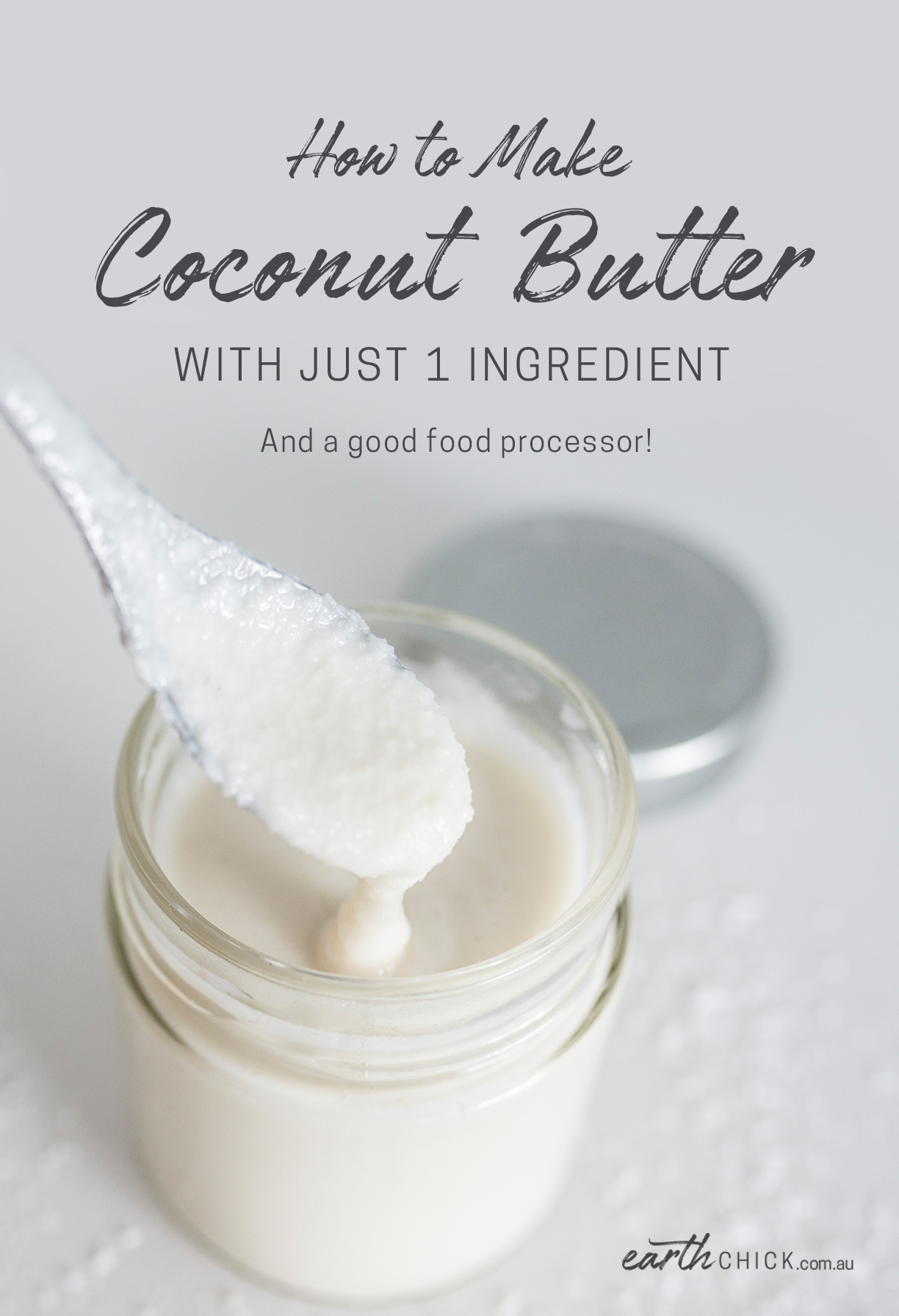 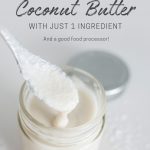 Only 1 ingredient needed - this one's for all coconut-lovers

* It's important that you use the right amount of coconut according to your food processor - mine is a 14 cup capacity, and I found 750g to be the most ideal amount to easily create the butter. If yours is only an 8 cup capacity, try it with 450g coconut instead... you get the idea (this might have you calling on your primary school maths skills 😉