OK guys, I think this is one of the best indulgent desserts everrrrr. I nearly died when I tasted these vegan chocolate hazelnut cheesecake beauties, made with the almighty Vego Spread. Which is basically vegan Nutella but it’s fully organic, a little bit crunchy and wayyyy better! 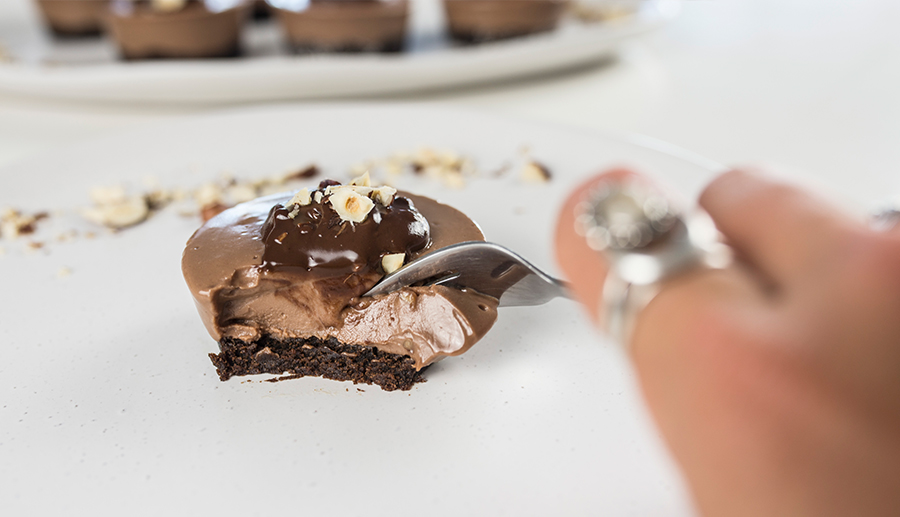 Now that’s out of the way, let me tell you about Vego chocolate. In case you haven’t discovered it yet, it’s actually the best chocolate in the whole world. Bar none. Pun intended.

It’s vegan, organic, fair trade, gluten-free and the creamiest most delicious chocolate ever. So as if their chocolate wasn’t enough to rock the vegan world, they have recently come out with a Vego Chocolate Hazelnut Spread. And it’s just as amazing.

I truly think these mini vegan cheesecakes are a recipe that does it justice. It’s that good. They seriously melt in your mouth. Back in my non-vegan days I made an actual Nutella cheesecake, and I swear it was nowhere near as good as these babies.

Yes, this brand is still a little more costly than its non-vegan counterparts, but it’s sooo worth it. As more and more people support ethical brands like this one, not only will the standards of taste and quality be raised, but the price will also come down! 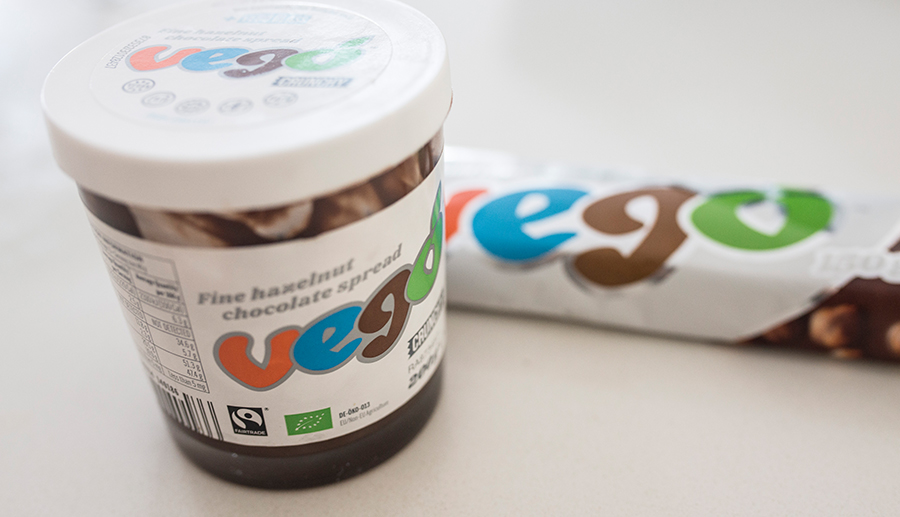 As for the vegan cream cheese, I used the Scottish-produced ‘Sheese’ brand Creamy Sheese. It’s the best I’ve tried so far and it’s palm oil free, non-GMO and based on coconut oil and soy protein. The thickener and flavourings used are all natural too, so it’s one of the better choices. If you live in the UK, you will find that Tesco has rebranded this vegan cheese under their own ‘Free From’ range, but it’s the same stuff. Here in Australia it’s available in most major supermarkets.

I know I’ll be doing a whole bunch of these vegan chocolate hazelnut cheesecakes for Christmas day next week. I’m looking forward to fooling some family and friends into thinking they’re the real deal 😉

Enjoy and please let me know what you think in the comments! 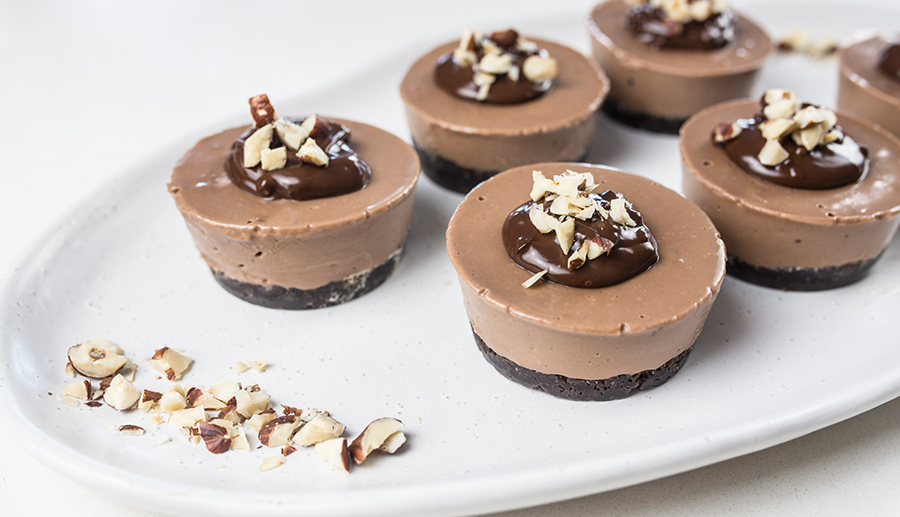 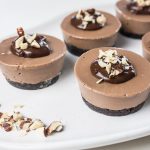 Made with Vego spread (the vegan equivalent of Nutella)!

*I used Arnott's Chocolate Ripple Biscuits and they worked a treat. Vego spread can be found at most places that stock vegan groceries. If in doubt there are many online stockists that sell it. It's worth hunting for!